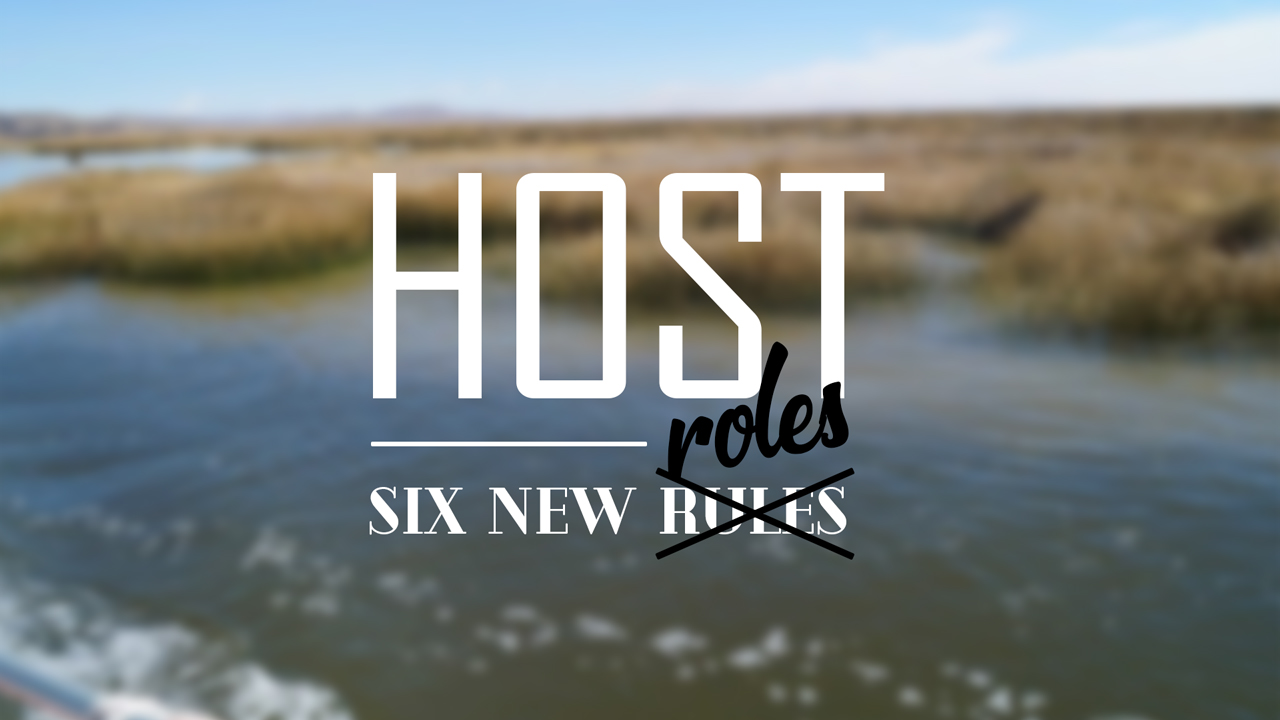 And I find that increasingly intoxicating.”

A couple of weeks ago I worked with a group of bright, forward looking leaders from a transnational mobile communications company. The workshop was part of their long-term leadership programme.

Early on in the workshop, one of the participants asked how the Host Leader metaphor and its framework of two steps, four positions and six roles could be useful to them. Collectively, we collectively arrived at a variety of contextually relevant answers. And yet, days after the workshop, I kept on thinking about how I am personally benefitting from this new way of approaching leading.

What eventually came to mind was a moving experience I had had several years ago. Thinking of leading as hosting helped me understand better what I saw and heard.

I share this example below in the hope that others might also find the story useful and, perhaps, transformational. Here we go.

RF is a fellow professional. In addition to his “regular” university job in intercultural communication and education, he has developed and led several musical projects. The one I became particularly interested in was “Amid the Mirk over the Irk”, as he himself called it– an imaginary musical gathering, a Klezmer-Irish fusion. I was fortunate to be able to go to two of the concerts which took place in the Manchester Jewish Museum.  The music-making was great and thoroughly enjoyable. I asked RF to tell me his story of how the project came about and how it all worked out.

In the spirit of hosting and in the tradition of narrative exploration, we positioned ourselves ‘In the kitchen’ – a space where we co-constructed the reflective account of what and how it all happened.

As the story flowеd, it dawned on me that I was better able to understand the significance of what RF (and everybody else involved) did and contributed when I thought of their activities and interactions in terms of the roles and positions of host leading.

I realized I was hearing a story of a dance – stepping in and out of roles and positions, responding to what emeged and building on successful small steps. Without any awareness (then) of the Host Leadership metaphor and its practices, RF had put into action all the Host leadership roles and positions. And most outstanding was his experience of perofrming in the role of Connector. For this particular blog post I have chosen a few excerpts from his story, which I have recorded and re-sroried, to highlight his performance in the Connector role.

“There are probably five significant and converging strands which came together in my mind.

The first one is my long-standing relayitonship with Mike McGoldrick. With him I have a history of musical ideas which he has embraced. We have formed strong bonds and I felt that even though we might not see each other very often , when an idea comes along, I know he will approach it with a very open mind and is likely to embrace that idea if it’s a good idea.

The second strand – my relationship with L’Chaim. I formed special connections with that group and even though there were other candidates  on the musical scene for this Irish-Jewish collaboration, for it to work I knew it had to be with people I could trust, people who I respected,  people who were not edgy, or had too much ego and L’Chaim, alongside Mike McGoldrick, for me represented that kind of ideal combination of  highly talented, open musicians who would come to it in a very mutually respectful way  and wouldn’t be forcing their individual agendas or be otherwise problematic to work with

The third strand would be the relationship with the Jewish Museum in Manchester. it’s always been on my radar but with the Klezmer at University most of the students, in fact almost without exception, they are not Jewish, they have no connection with the Jewish world, we felt it was important, not just to open their eyes to Klezmer as a different musical culture but to also give them some connection with Jewish communities in the city.

I had a conversation with a friend about this and she said why don’t you do a concert at the Jewish Museum and so, once again, from a personal connection we made this link with the Jewish museum and we performed annual concerts there. And bit by bit, a relationship, a kind of symbiotic relationship of mutual benefit and respect has developed. The music seemed to go down well. I have musical connections which they simply didn’t have. So, that was the third strand.

The fourth strand I suppose is  my own musical background. I am classically trained but I played in the world of jazz and I spent a long time in different folk music, Irish folk music, immersed myself deeply in Klezmer obviously, the music of the Balkans, the music of Greece. When you put all my musical stuff together, there is an element which is inherently fusion or merging, of bringing these traditions together. So this “Irish meets Jewish” fits in very much with my own musical imagination.

And then, the final strand, the fifth strand would be historical. My family had connections with that part of the city. And through the Jewish community and my involvement with the Jewish Museum, I realised that there were very, very parallel stories. There was a kind of a historically pleasing dimension to this imagined scenario of musicians from these two communities – Irish and Jewish – with so many parallels between them – historical parallels, oppression parallels.

Connecting was one of the roles I had to perform. It wouldn’t happen if I left it to them. They simply would not be able to communicate with each other. They needed a kind of mediating role and that’s me – pulling together the two sets of musicians, and then pulling ourselves together of course, and also me working with the museum, but in many ways autonomously, to actually verbalise or to articulate the vision.